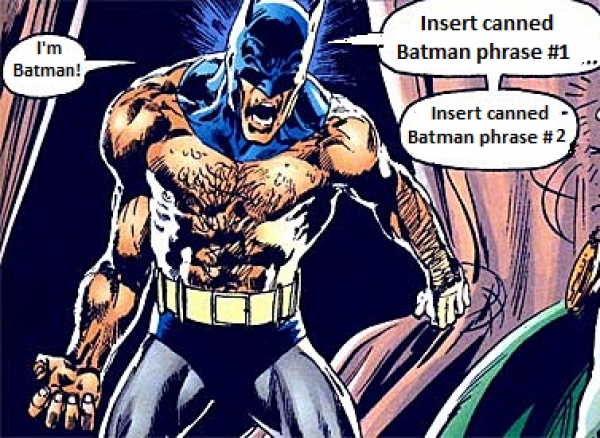 We emerged in the middle of Yester Hill.  Evidently, we had taken a short rest so eventually we just got going.  Vasili was nowhere to be found but our wagon was still there waiting for us.  The small window of sunlight was quickly left behind.  During the first day, we came across a strange furry man, hanging upside down from a tree limb with a couple of other bats.  He claimed to be Batman! and mostly spouted batman cliches about thwarting evil.  Slightly amusing and mostly pointless.  Eventually, we just left him behind and moved on.  That night was uneventful and we got a long rest.  The next day, scouting Kaladin spotted 3 shambling figures ahead on the road.  Loki went first and hit the first one 4 times, dropping it.  When they went, floating ghost-like jellyfish emerged from the bodies and attacked.  They did psychic damage and one teleported to behind the wagon.  A couple of us took some damage but it was over pretty quick.  We got back on the road after burying the bodies.  Two bodies looked like the druids we fought and one looked like he came from Kresk.

Moments after we started moving again, everyone on the wagon took significant psychic damage from screams in their head.  Half on a wisdom save.  Lord Q was then attacked but since he was the only one in the wagon, no one else saw it.  He was almost out in one round.  On his turn, he tried to jump through the window but first he had to take more screams damage and was out.  The NPC went next, raised the alarm and pulled him out of the wagon.  There was much confusion.  Kharn and Loki managed to get to the back of the wagon and take a couple of shots at the assistant to Stradhanya we had fought before.  He growled to the raging Kharn that “he was not the target” and then misty stepped away.  Some healed Lord Q, fearing he’d be killed by the AOE or attacked again.  Others searched for the attacker but he was never seen again.  Evidently, he had made a monster Stealth roll and no one saw him get in the wagon during the first fight.  (Dan: It was deduced that he had +14 to his stealth skill... and he rolled a 20.  Basically even without a 20 roll we wouldn't have been able to see him).  I suppose Lord Q was a target because he has access to a great power that could be a threat to Stradhanya? Certainly more than a raccoon with some pistols.  There were some discussions and we rearranged the positions but ultimately, we just got going again.

Late that day, we pulled into the winery.  They were busy, trying to save their crops.  The druid stone was buried and a couple hours later, things were improved.  By the way, that ended Lady Petrina’s personal quest and Brian received a bonus feat.  Ironic since that character had just started.  We stayed the night and nothing happened.  We got a nice bottle of wine for the abbot in Kresk and Ezra got a new shield to replace the one he left behind in the Gone.  The journey to Kresk was uneventful.  Once we showed them the witches broomstick, I mean told them we had restored the winery, we were greeted as heroes.  The BurgerMeister invited us into his home.  And we got the run down.  Life here is hard.  It’s so cold, the chickens are kept in the houses so they wouldn’t freeze.  The sheep had been disappearing and he asked us to look into it as they feared they wouldn’t survive the winter if it continued.  Also, his only remaining son was recently brought back to life by the abbot.  He had died from some disease.  That was met with suspicion but the only thing noted was that he seemed to be eating a lot.

We also got some back history about the town.  The town hero lead a rebellion against Stradhanya but her attack on the castle ended in death for all involved.  They had sent someone to check on the wine whose description matched the body we fought the day before.  The guy in charge of the sheep is simple mined but does a good job.  The abbot seems to be working on a project to defeat Stradhanya or some such.  (Dan: Ravenloft's typical means of fighting back is finding something even more evil than what they are fighting.  I hear they cancel out that way.)  Very busy but very great.  At least according to these people.  We slept through the night.  Lady Patrina used her short sleep cycle and awaken mind to virtually patrol the area but saw nothing.  We were treated to a fine breakfast and the nobles left for their day’s activities.  The only thing noted was the chickens were all gone.  Loki made a roll and was convinced that there were chickens here yesterday.  There were no signs of attack or force entry.  It seemed odd that our hosts either did not notice or did not mention anything.  Andy, BTO and DG were dragging so we called it an early night.