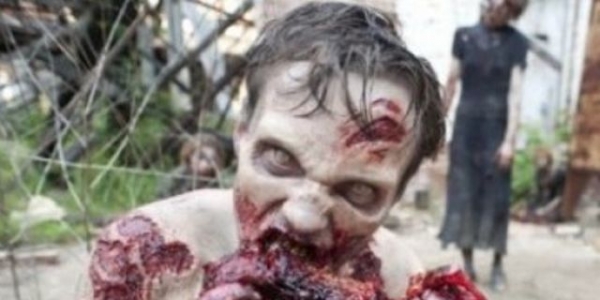 The party woke up find the chickens gone.  The house owners had made breakfast and left for the day.  So in between the time we woke up and the people in the house cooked breakfast they were gone (eaten).  We spent the day looking over the sheep, talking to Luca and then the villagers.  No one knew anything.  We even interrogated the sheep.  Luca was mentally challenged due to a head injury, so was a bit frustrating to talk to.  They knew nothing as well.  We all knew it was Ilya, the resurrected boy with an unnatural appetite but there was no proof.  Patrina even left her book/familiar with the sheep to spy on them.  Then we left.  After hours of getting the run around it came to a boil when all the sheep went missing at once after we left for a few hours.  The familiars were gone and Luca had left the sheep alone after telling them to look after one another.  During this discussion, he took out a letter stating that due to his father’s friend he could find shelter and food for himself and his companions.  I must have blinked because this seemed a bit contrived. So perhaps the villagers won’t starve? (hint:  yes they still will)

The villagers noticed soon after we did that the sheep were missing and formed two mobs.  Kaladin tried to reason with the crowd but failed despite a decent roll (14 but no bonuses).  As usual, the people without charisma skills shouldn't bother to try to roleplay.  Lord Q tried afterward and failed too (with advantage he rolled two 1's.  Maybe it was fated.).  Just they were about to attack, Ilya ran up, looking obviously emaciated, and demanded food.  We all attacked since this was the proof we had wasted two hours trying to get.  However, he was a legendary creature.  He swallowed random villagers (his mother specifically) to regain hit points, as an interrupt action spat poison area effects and basically two shotted most of the party.  Patrina was fairly effective using darkness and chilling touch to reduce his hits and negate his healing some of the time.  Naturally, we still mocked him for using an ability similar to his infamous Plant Growth fail.  Luca got nailed the first attack and lay dying on the sheep field.  It was difficult healing without the goodberries but we had some healing potions, a paladin, and Patrina who had some sacrificial healing abilities. Ilya seems to still have some life to him but after a final attack and health absorption, he ran his house near the sheep fields.  Patrina did her sacrificial heal to Kaladin who had gone down earlier and he then flew after Ilya in his house.  The heal was well-timed because he was 2 failed death saves down.  We charged after him and once again kept going down.  It was even worse in the confined space. (It wasn't helped that the map had the two floors stacked on top of each other and kept flashing each floor randomly.  Very confusing and frustrating, especially with the wall obscurement of FG that never matched the floor you were on.  I would strongly recommend that the GM spread out the maps so they aren't on top of each other even if it needs those annoying gates at the entrances)  The warlock eventually claimed the final blow.  Most of the others didn’t even get a hit in and were just hit point buffers.

Dimitri (Ilya’s father) was informed of the news rather brutally by Patrina (she was criticized by the rest of the party for being far too blunt, though it was amusing), then again by Ezera (who was just as blunt, he just worded it differently.  It could be questioned who was nicer).  His mind snapped, then he recovered and they did it again.  I was actually wondering if they were trying to drive him mad.  He ended up catatonic and disavowed by the village mayor.  The paladin was disgusted by this attitude (nobody else was happy with it though they didn’t want to take responsibility for it either...even though it was pretty much Patrina and Ezera that drove him mad) and righteously washed his hands of the whole matter.  Leaving the entire village to starve while we head off to explore the dead Luca’s inheritance and its stash of food.  That’s Ravenloft.  Even the paladins are evil.