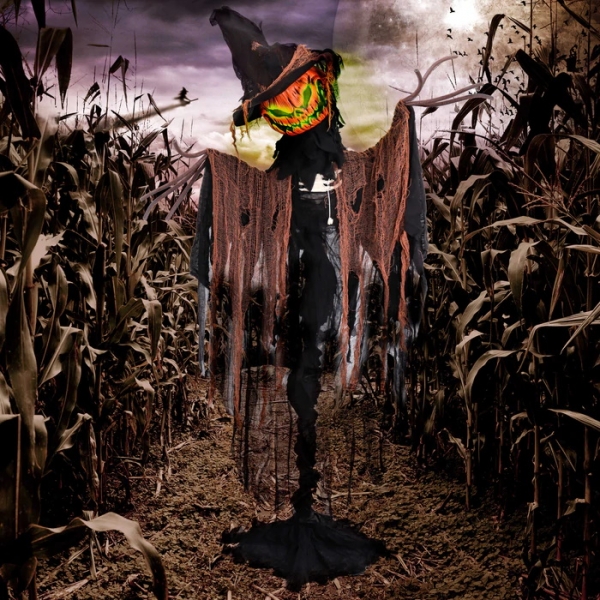 We got a bit of a late start while we waited for enough players to sign in.  We eventually started without Lady Petrina and expecting Kharn and Ambrus to arrive late.  We backed up a bit in time, still at the tree hut of Baba Lasaga.  Loki was inside the hut, gathering the treasure we found in the chest.  Ezra and Lord Q have built a small fire on a high rock above the swamp in order to warm up the recovering archefey Laura Stoneheart.  Kaladin was in a nearby tree, trying to figure out what to do with this baby that sort of looked like Ireena.  Loki and Ezra (with an inspiration point) made a perception roll and detected the incoming enemies.  In the hut, Loki was attacked by 4 severed claws.  They had minimal hit points and he took them out soon enough.  In the swap, 4 giant poisonous snakes approached.  Due to the murky water, they were effectively invisible, gaining advantage and giving disadvantage.  They weren’t too tough but Brian crit Lord Q a couple of times and the poison damage added up.  And then the next round several scarecrows moved in.  Evidently, we had missed them before in the village.  They had poor AC but plenty of hit points.  They did decent damage with their claws but got a free fear stare every round which caused paralysis.  The save was low but the chances started adding up.  Loki got feared and lost a turn.  But with only 4 players, one lost turn was more significant.  Kaladin used his fly-by tactics, kicking with his feet and holding the baby in his arms.  Then more scarecrows showed up and we started to fall behind.

Then 4-5 witches showed up led by a “disturbance in the water”.  I.e., an invisible foe that we could see because it was in the swamp.  The witches did Chill Touch and Tashia’s Laughter.  Again, the DC was low but the rolls started adding up.  Especially those that weren’t next to the Paladin.  Loki and Kaladin both got hit with that, the former losing a second turn in a row and Kaladin falling from the sky and landing in the water.  Lord Q was on the ropes when the leader let loose with a Lightning Bolt.  Ezra saved and took none due to his shield feat and Lord Q saved for half and was left with 1 hit point, surrounded by enemies.  The NPC Druid also went out, seeing as she only had a couple of hit points to start but the green glowing stone seemed to be regenerating her.  She popped up and start calling down lightning.  We made Int rolls and Loki of all people made it.  He recognized the powers being used and identified the invisible foe as that missing Hag from the windmill.  (Not that some players hadn’t already figured that out.)  Ezra spent an action to lay on hands with 25 on Lord Q to keep him swinging.  The two raven swarms were still helping, but it was looking dicey.

Lord Q unleashed a Hunger of Hadar which was a darkness field that did damage to those in it.  He got the hag and several witches. (Dan: I believe he also got the raven swarms, or at least some.  I realized later he may have missed the session where they were revealed to be allies) Unfortunately, they didn’t have any trouble finding their way out of it because evidently, they had telepathy going among them.  But it did do some damage.  Around here, Kharn showed up followed by Ambrus.  The minions started to fall and we started moving on the witches and the hag.  She cursed Kaldin causing him to have to save to take any actions.  They started to flee.  The hag turned Kharn into a Khat, releasing the curse on Kaladin.  But the rest followed.  She tried to go ethereal but Laura did a Counterspell to stop her.  Ambrus did a sneak attack on her.  Then Kaladin used step of the wind to catch her and stun her.  Dan forgot to move the baby token with him so Brian ruled he left the baby floating in the swamp.  Dan cried foul but to no avail.  Lord Q picked her up and tried to hand her over to Laura but she wanted no part of it.  And then Loki hit her 3 times, the last being a crit (aided by the advantage from being stunned) and she fell.

We talked to Laura.  She thanked us for saving her from her torment but warned us that she had wasted too much time in the world of mortals and should expect no help from her.  (Dan: Dave is stating it politely.  Brian made her sound so ungrateful I was briefly regretting rescuing her.  That may have just been Brian, but he was reading from the module so...yeah, she's a bitch).  She did appoint Loki as her new High Druid Priest.  Loki looked behind himself and said, “Who Me?”.   He would have to choose the path by looking into his own heart, etc.  She then offered some advice.  Across the river was one of the fey shrines.  Because Baba had consumed so much archefey blood over the years, if her heart was removed, squeezed and the blood used, it could cleanse the standing stones.  Or we could wait for her to revive and make a deal with her.  Or we could consume the heart ourselves and get some magical vitality.  (Or sell it to someone else.)  But she warned that power gained in such a way always comes with a price. (Dan: The way Ravenloft is set to constantly screw the players, we'd have to be idiots to go with the obvious monkey paw option.  Ravenloft is on rails.) We chose the first.  She said that if Loki cleansed all 3 shrines and returned to Yester Hill, she’d grant him a boon.  (The same quest he’s been working on.)  When asked where the 3rd shrine was, she said to look into his heart.  She then melted away into the swamp.  We got across the river, Loki did the ritual and the land felt a little less foreboding.  Plus, the biting insects that had plagued us all day weren’t over here.  Brian offered that this was a good place for a long rest however we still had a baby problem.

We did not want to bring the baby to the dinner party but weren’t close enough to anywhere to take her.  We agreed that giving her to Ireena was the best course but how to do it in time.  Loki proposed a plan.  The ravens were supposedly working for the Wizards of Wines.  Using another Speak with Animals spell and the high sign, he asked if any of them were shape changers.  None were but agreed to send a message.  Loki asked that they fly to the winery and bring back a couple of shape changers by wing.  They could take the wagon and the baby once we got as far as we could.  That earned DG an inspiration for his clever idea once suggested by three other players.  However, Brian didn’t think ravens could cover the distance the time needed, even flying.  He suggested that the inn keep in Valaki was the brother of the winery family and likely could shape change as well.  And he was closer.  Since we had two swarms, we did both.  Hopefully one will make it back to us in time.  We took a short rest and got back on the road.  We stopped when it got dark, the next day being our last day.

That night, we had more dreams/visions.  As usual, I cannot do Brian’s words justice by memory.  They were mostly “thing to do”.  Loki saw a cave near the old windmill.  There was something there he needed to do.  3rd stone? 3rd fey shrine? But we would have to face Stradhanya there or a version of Stradhayna there.  Ambrus dreamed about that dagger again, I think.  Kaladin’s dragon father or grandfather asked him to gather his bones, strewn about Barovia, and return them to the Silver Dragon Castle.  That seems like a tall order but at least we’ve got a skull.  Lord Q saw that the medallion the Raven Queen wants him to recover was in a castle at the top of a steep cliff.  Stradhanya’s castle? I can’t remember Kharn’s or Ezra’s.  And Lady Patrina was not there.  And then we made 8th level.  Brian said the milestones would be coming quicker now so the advancement level would speed up again.  He thought we’d reach 12th by the end.

This is not for the archives but I thought you’d be curious as to what everyone took as their 8th level advancement.  Dan took Nimble which gives the unarmored +1 Dex (giving him 20) and +1 AC.  Andy, who just agonized over his quest boon feat (taking Toughness) was debating between 3.  Mobility is he wants to avoid getting hit.  Sentinel if he wanted to get hit.  (There was some disagreement on how that should be played.  He didn’t like Brian’s interpretation.)  Or Mage Slayer.  Jon hadn’t thought about it but we advised him to take a 20 Dex.  I think Paul took a 20 strength.  DG took Sharp Shooter since we keep facing low AC high hit point minions.  Plus doubling his effective range from 30 to 60.  DS, if he said anything, I cannot recall.