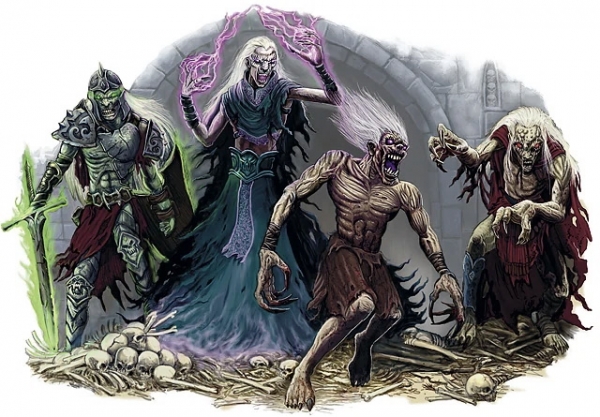 We had all kinds of technical issues at the start.  Even when we started, it was all jumbled up.  The wayward fox was gone in the morning.  We got our long rest and recovered our fatigue.  We rolled into Kresk without issue.  Loki made the following proposal.  Rather than take the second Druid stone to Wizards of Wines, we could leave it here in Kresk.  Spread the wealth so to speak since the folks in this tiny town were on the edge of starvation.  A boost in crop yield would be a boon.  That was met with general approval.  Furthermore, he proposed putting it in the water supply at the abbey.  It was a plant growth thing and might not help the patients there but it was relatively centrally located and perhaps safer on holy ground.  Since Lady Patrina was in attendance, she could finally identify the items we picked up a few games ago.  She and Loki set up in the Baron’s residence while Baron Q walked the town and the rest went up to the abbey.  From memory.  The pipes were Pipes of Haunting that did a 0 range 30-foot radius fear attack.  It had 3 charges.  It went to Kaladin, figuring he had the most maneuverability to get it in the middle of a big group.  The stone was a Luck Stone.  +1 to skills and saves.  That went to Lady P to help with her concentration rolls.  The amulet was a clockwork device that allow you to “take 10” on any 20-sided die roll once a day.  That went to Ambrus, being the skill guy.  The Oil of Sharpness went to Kharn since he only had a +1 weapon and it gave a +3 for an hour, once.  He’ll probably save it for the end game.  The gems went to Lord Q.  I think that was it.

Meanwhile, the rest went up to the abbey.  Irena seemed to have made some progress, cleaning up and organizing.  We gave her the scroll of Greater Restoration with which she could recover the 20 years she lost from the attack games ago.  She had picked up a level of Cleric since last we saw her.  Kharn filled her in on our goings-on and introduced her to her niece.  She agreed that the abbey was as good as place as any to keep her.  Ambrus’s girlfriend, or so they tell him, was still there.  She was still complaining about the books Lady P took last time.  When we told her our next plan was to search for the missing boys from Valaki that Kharn thought were in the hands of werewolves, she was eager to join.  Evidently, Esmeralda had a steel leg, the result of a werewolf attack.  Kharn told Irena that the baby’s mother was Strahdanya in private and they headed down.  Unfortunately, Loki had to go back up to place the stone, much to the annoyance to Esmeralda.  He took Lady P and Ambrus with him.  Ambrus cast Invisibility on Loki and lowered him into the well.  Using some chicken wire and nails from town, Loki attached the stone to the well wall 10 feet below the waterline.  That all worked out.  Lady P then visited her old room and put some more books in her bag of holding.  When all were reunited, we headed out of town at about 4.

We were heading to the tower of the best vampire hunter in the land who was also Esmeralda’s mentor.  Kharn’s dream thought that was where to pick up the trail of the boys.  I think a night passed on the road.  As we approached, we passed a graveyard that had been very much disturbed.  10 Wights attacked.  They didn’t do much damage but they did some sort of drain.  Luckily, no one missed a save, thanks in no small part from being next to the Paladin.  The fight only lasted two rounds, highlighted by a Chain Lightning from Esmeralda and a radiant Fireball from Lady P.  After that softened them up, the rest of clean-up.  The tower was on a spit of land in the middle of a small lake.  Esmeralda’s wagon was next to it.  We could see wolf tracks all around.  Loki thought they were fresh.  We also noticed that they seemed to avoid the wagon and the tower.  The tower was in poor repair but the door looked formidable.  Loki went up some scaffolding around back and looked into an empty 3rd level.  Ambrus joined him and when he touched the tower to climb up a level, lightning stuck the whole thing.  Those two plus Kaladin and Ezra were close enough to have to make a Dex save.  All saved and 3 had evasion and took nothing.  Loki took 15.  Back to the front door.

The door was a puzzle with 6 different colored gems.  Esmeralda was enough help to tell us what needed to be done (I’m not sure we would have figured it out without her) but not enough to tell us how to do it.  Baron Q figured it out, being the only player still half awake.  Inside was a bunch of junk plus what turned out the be an elevator.  By the way, no magic functioned in the tower.  Baron Q’s magic sight didn’t register any of our stuff.  Quick enough, we all made it up to the top floor.  This looked lived-in but probably empty for several days.  There were miscellaneous items on the table that we didn’t mess with.  We did note that there were many burned pages in the stove but two that were not yet burned.  That was a two-page handout, a note from this vampire hunter.  I can’t do it justice but here is the crux.  This guy was a great monster hunter but all that killing had started to weigh on him.  But he had his son.  At some point, he needed help from the Vistani and they took his son as payment.  And then sold him to a vampire.  A different one than Strahdanya.  He went after them and made some sort of deal with a Lich that allowed him to control undead.  With that, he killed the Vistani.  But unfortunately, his son was now a vampire and he had to kill him too.  The last thing the Vistani leader did was curse him.  He would continue to live but all those around him would die.  So that crazy guy with the tragic backstory is running around out there.  Perhaps linked to the missing boys? It sounds like another “good guy” gone “bad” that we’ll have to kill.