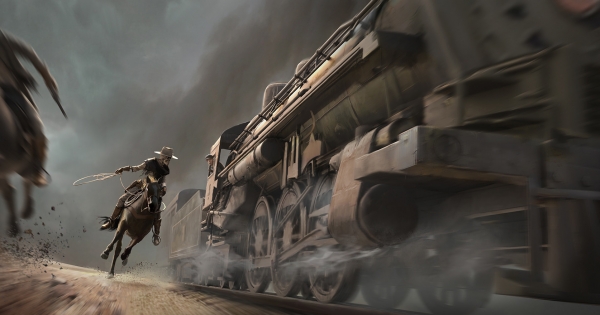 “Slim” Rickets:  A railroad man who worked his way up in the ranks to become a one-eyed inspector.  A hard-nosed law and order kind of guy.

Big John Reid:  A bodyguard whose interest in the up and coming weird scientist has put him in charge of guarding various scientists and engineers.  His last charge disappeared mysteriously and he’s looking to get to the bottom of it.

Thomas Gray Wolf:  A Sioux orphaned as a child and raised by Christians.  He ended up a mix of both but not at home in either.  He makes a living as a guide/scout/tracker in Western Colorado.

Buster Clemens:  A newspaperman whose mission is to debunk the various mystical con artists that prey on the foolish.

Phoebe-Ann Mosey:  A “liberated” 16-year-old girl who is determined to make her own way through life, unencumbered by the stereotypes of women in society.

Virgil Bowden:  A former gunslinger who has put down his shooting irons and picked up the good book.  For now.

The first order of business was to somehow tie all these characters into the plot Brian had to run.  The Denver and Pacific railroad were looking to expand into the mining town of Coffin Rock, named for the coffin-like outcropping overlooking it.  They tasked railroad inspector, Slim Rickets (Shimota) with putting together a team to assess the feasibility of doing so although known only to Slim, the decision has already been made and he’s really been tasked to pave the way.  Slim brought in Buster Clemens (Paul), a noted investigative journalist, to help him.  Buster knew Thomas Gray Wolf (DG) as a local expert and brought him in.  The D&P executive also had a niece by the name of Phoebe Ann Mosey (Brian) whom was looking for adventure.  He asked that she be included, figuring she’d be relatively safe and at least working in the family business.  To ensure her safety, they hired Big John Reid (Dan) to act as a bodyguard plus an extra bit of muscle couldn’t help.  Lastly Slim knew a doctor by the name of Doc Hawthorne Mills (Andy) and figured a doctor would always be handy to have.  (Jon) did not attend so we’ll have to figure out how to add him when he does.  They were to be paid $40 dollars for a week’s work plus expenses in Coffin Rock and train fare to Denver where the overland trip was to begin.  It was also stressed to keep a low profile and not reveal that they worked for the D&P for fear of tipping off the other railroads.

Somehow, we all ended up on a train heading east from Salt Lake to Denver but we didn’t worry about the why’s on that.  We all got a sleeping berth, with food and drinks paid for.  The first half of the adventure was interacting with the various passengers on the train.  Some of those interactions were more memorable than others.  In no particular order.  Doc and Buster got into a card game with a guy who happened to have a treasure map to an Indian burial ground.  (Too bad Thomas was not in the car for he would have told them Sioux chiefs were not buried with “treasure”.)  Unfortunately, the guy rolled great on his persuasion and Andy felt obligated (in a role-playing sense) to believe him even though the players did not.  (We noticed a lot of double and triple exploder rolls throughout the night which seemed statistically unlikely.)  He talked him into gambling the map against the $100 price tag but unfortunately, he blew Doc’s gambling roll away.  Andy spent several chips but could not alter that outcome.  Then Buster offered $5 to get a peek at it and a good Smarts roll revealed that it was in fact a page torn from a book of myths of the west that he helped edit.  He raised a stink and got his $5, Doc’s $100 and $5 more from others in the room to keep it quiet.

Phoebe drew the scorn of a couple of tough looking twins.  When she offered to best them in a shooting contest, they dismissed her, claiming they’d give her $5 if she could even lift a gun.  She went back to her luggage, got her pistol and showed them some fancy gun twirls.  “One of you owes me $5.”  They declined and she offered double of nothing on a shooting contest but they declined.  When one got up to teach her a lesson, Slim got involved.  He admonished her for pulling a gun on a train and for not keeping a low profile.  The conductor showed up and confiscated her gun.  Not the outcome Brian had hoped for.  There was a lady on her way to marry a farmer but she was looking to upgrade to say a retired doctor.  A missionary from Salt Lake who tried to save some souls.  Slim crunched up his pamphlet and threw it out the window.  A newspaper lady who asked a lot of questions.  Some brat kids and their tired parents.  A couple of railroad employees.  About the only possible “clue” was the fact that one guy went into baggage area with the conductor a couple of times but railroad guy Slim that that was “reasonable”.

Several days passed.  Then one day on a steep incline, the brakes were urgently applied.  Slim and Buster headed to the engine to see what was going on.  Phoebe and Big John climbed on the roof of a car, looking for robbers.  Thomas and Doc stayed in the middle car to watch those thug twins.  As Buster and Slim climbed over the coal car to get to the engine, they noticed the baggage cars had been detached and were being left behind.  And then there was an explosion and the bridge up ahead was blown.  The engine and the coal car plunged into a gully and the rest of the train plowed into them.  Those who were outside were given an Athletics roll to jump from the train and lessen their damage.  Phoebe had a Free Runner edge which allowed her to run towards the back as it was happening.  Unfortunately, Slim was still stuck between the coal car and the engine and went down with the train.  (Like a good train man should.)  Thomas had the same edge and manage to reduce his damage as well.  The damage was rolled.  Those that jumped, took enough to be Shaken but not damaged.  Slim and the Doc took more damage but used chips and take less damage.  It took some time to figure out how to take damage, how to avoid damage and how to do it all in FGU.  The passenger’s fates varied.

So then Brian switched maps.  He used a new FGU option that limited each player’s view of what his character could see.  With doors and windows, it was a neat effect but it was crippling to the program to render.  It also had an animated snow effect.  Eventually Brian gave up on both so that he could actually do things.  So people were placed in various locations, the NPCs were also in play and there were about a dozen bandits out in the trees.  About the first thing that happened was that Big John who was flung into a bush was triple exploded for so much damage that he would have been killed if he hadn’t used up some chips.  He didn’t get to do much after that.  Doc attempted to help the mother of the kids who happened to be lying near him.  It took several rounds but he did save her but it also kept him from helping with the fight until the end.  Phoebe had grabbed her rifle and once she got on the roof, she blew the crap out of them.  Buster went for his shotgun in the sleeper car but didn’t get a chance to take many shots because there are no double moves in this system so it took a couple of rounds.  Thomas also went for his rifle but took several shots out the windows with his pistol as he went.  Slim did pretty well with his pistol, even at medium range.  Some of the NPCs also helped.  But ultimately, we had cover in the train and they did not so they started to drop.  Once their leader fell after 3-4 rounds, they started fleeing but it took hours with all those actors (players, bandits and NPCs) and figuring out the rules and the program.

They got away and managed to take all the horses with them.  We stopped there at 1:30 AM.  There’s plenty to do.  Help the injured including the engineer in the gully.  Sort and stack the bodies of the bandits.  We’re in the middle of the mountains and it’s snowing but as long as we stay with the train cars, survival shouldn’t be an issue.  But how long will it take to be noticed as overdue and expect help? And is another attack coming? And we’re still not even in Denver so the adventure hasn’t really even started. 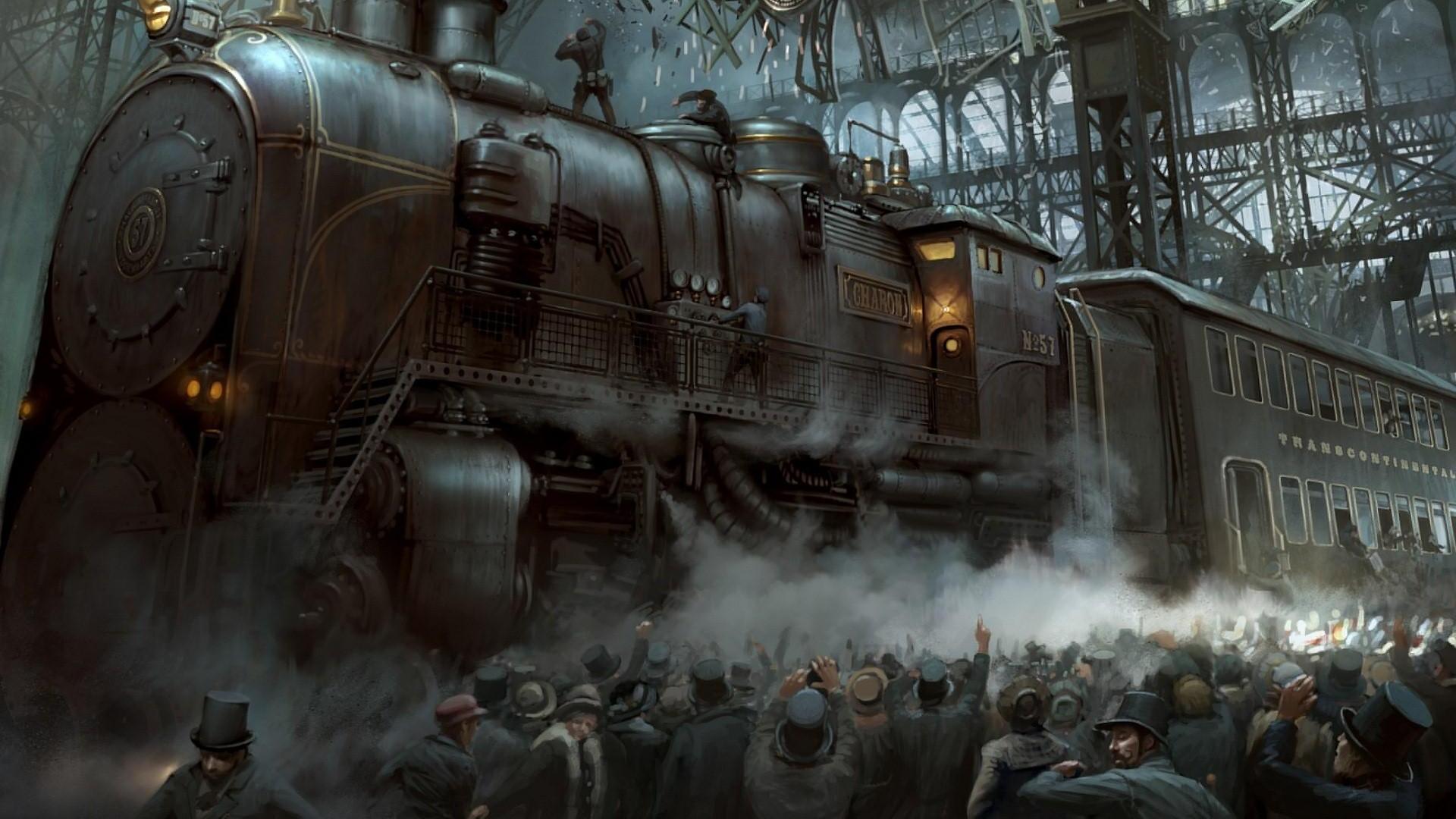