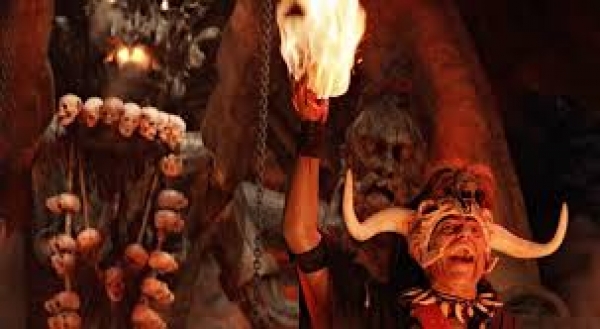 Brian started by informing us that we should have gotten an advancement last time.  Some people who already had a plan in place took it but most deferred until they had some time to research.  We were still given the choice of using the portal to get directly into the church by the Indian Spirit.  Brian attempted to share that map but it wouldn’t load for anybody.  We restarted, cleared cache, etc but it was a big distraction.  Eventually, everyone but Jon was able to see it.  He used the shared Skype image and did the best he could.  Brian enticed Buster into not taking the portal by invoking his Skeptic hindrance for a free fate chip.  It helped that Paul hadn’t arrived yet so he couldn’t argue.  Everyone else jumped into the portal, eventually.  Buster took the horses back to town which took an hour.  When he arrived at the church, he found it buttoned up and the doors glowing with strange purple light.  He heard no gunfire and saw no signs of a battle.  He attempted to get the marshal and his useless deputies to come help but they did not.  He ended up at the hotel, hoping to rally the few allies we had in this town.  The rest of the players ended up emerging from various mirrors throughout the town.  Each was handled one at a time.  Some did some investigation but eventually, everyone gathered at the hotel.  Only Hawthorne managed to get an ally, Laura Giles, to join us.

So back at the church, we examined our options.  Thomas considered avoiding the doors by climbing up but the only other entrance was the bell tower which was 3+ stories up.  Possible but not trivial.  Virgil then took the bull by the horns, said a prayer, and attempted to open the door.  To no one’s surprise, it did not.  The cultists had removed the big stone cross from the church so we used that as a battering ram and busted the doors open.  Inside the pews had been cast aside to make room for a huge pentagram on the floor.  Around it was all the brothers and sisters, A through U.  At the pulpit was the Reverend, casting some spell to gate a demon into the pentagram.  At his side was his deacon.  Cards were dealt and things started moving.  Quick moving players got into the church entrance but it quickly became clogged with all the minions.  Thomas did manage to get a hit on the Reverend which thankfully disrupted his spell before it got too crowded.  Onacona managed to get to the stairs up to the landing above before that path was cut off.  Laura got a high card and ended up in the front lines, to her woe.

What followed was a battle of attrition.  With so many enemies, it took a long time for a round to complete.  We managed to get a few shots through to the villains but mostly it was grinding through the minions.  Occasionally one would hit and do exploding damage which then soaked up fate chips to stay alive.  I’ll hit a few highlights, most of which center around the adventure cards.  Phoebe Ann, through a complicated series of moves and at least one fate chip, managed to weave her way into the room opposite the stairs only to discover there were no stairs on that side.  The preacher’s first action was to cast an AOE Fear spell which ate up some fate chips to avoid.  Brian played a card that enticed him to pontificate on his evil plans and lose a turn.  When a turn takes over an hour, that was a big deal.  Big John kicked ass in hand to hand with these guys.  He particularly benefited from the unlimited opportunity attacks in this system.  Laura was almost killed but somehow managed to stay up.  Jon played a card to get +2 damage against the cultists but then found Virgil an easy target.  He quickly ran out of fate chips and was almost taken out.  But Dave Green played a card that turned any hit into a critical failure.  So, the killing blow turned into a trip over the nearby cross which took out the minion.  Onacona was followed up to the landing.  When attacked, Dave played a card that turned a miss into a hit against another nearby minion.  So, he tossed his attacker off the landing and hit another guy below.  Andy played a card that brought in allies from an unexpected source.  After consideration, Brian brought the Pearl Gang into the action.  He rolled randomly for where and Jon managed to root for an 8 and get them through the hated windows to everyone’s delight.  However, they got rocked their first round and didn’t have that big an impact other than divert some of the minions away from us.

So, most of the minions were cleared out in a couple rounds but most of our fate chips were as well.  When we finally got shots on the villains, Brian started using those fate dice to keep them up.  The Reverend cast a magic missile which hurt.  He then cast a domination spell, trying to turn Hawthorne over to his side.  But he saved with ease (i.e. exploding) and laughed it off.  But then he drew a Joker and did the magic missile again.  He hit Thomas with a raise and did 3 wounds.  He played a fate chip to reduce it to one wound but kept his last fate chip for the next attack.  He then hit Pearl and wounded her.  Then he hit Hawthorne with more exploded damage.  He had no chips left and there were no cards left to save him.  He was bleeding out, losing a die of Vigor permanently from the gut shot.  He made one death save (based on his new lowered Vigor) and at -3 from his wounds.  Onacona ran to his aid but missed his medicine roll.  Andy made 2 more death saves before anyone could help him.  But the next round, Thomas drew a Joker after spending the whole fight at the bottom.  With that +2, his second shot hit with a raise.  That extra die exploded twice for a big hit.  The Reverend was out of fate chips and finally fell.  A flame of fire coming out of the bullet hole in his black heart.  The deacon was then blasted, mostly by the Pearl Gang gals and it was over.

Eventually, the first aid guys managed to save the dying doctor.  We stopped at that point with wounded all around to be tended.  Andy made another Vigor roll to keep his Ailing hindrance from becoming terminal.  We were granted another advance which put us up to Seasoned.  That grants access to a new list of Edges so there were some discussions about options people were considering.  Brian said that we will likely be declared heroes of the town and we should consider what job/role we might want.  Andy, for example, plans to challenge the Marshal to a duel and run him out of town.  Obviously, Buster will try to get the newspaper going again.  Phoebe Ann would like to run the theater however Miss Bella is still there so that’ll be complicated.  We assume Virgil will take over the church.  Some of the others aren’t so obvious.  Perhaps deputies for John and Thomas.  I’m not sure where Onacona would fit other than hermit in the woods. 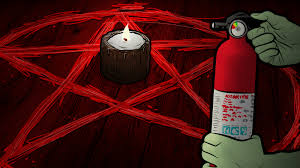