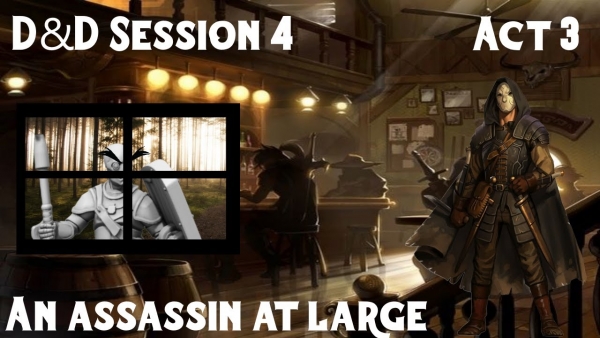 We started at the top of the order with one Shadow Demon and one pirate left.  The Swashbuckler went first and, using a smite, took out the Shadow Demon.  The pirate turned out to be held from last time and didn’t last the round.  So then there was the debate as to what to do next.  The notion of chasing the ones that had fled into the jungle was quickly dismissed.  During that discussion, we gathered the bodies and searched them.  The Fate Witch started a Detect Magic ritual.  Evidently, Skorpix left a body behind.  Everyone but Andy thought his whole body had turned to mist but evidently only his life essence.  So, he left behind a magic long sword, short sword, and broach.  Later the Fate Witch managed to cast one Identify and discovered the broach is of shielding which gives resistance to force damage and immunity to magic missiles.  I think the Rogue has it for now.  There was some debated about the swords.  I’m not sure where they end up.  Meanwhile, we were told we were an hour from the beach we expected to be picked up at and 2 hours from the fort where we assumed their ship was waiting for their victorious return.  It was decided to head back to the fort to at least get a look at their ship (or ships) and see how big it was.

So, with some poor tracking rolls from our pseudo ranger, somehow, we ended up at the right beach.  We could see a single ship, about the size of ours.  We could cast water breathing, walk up to it underwater and take it by surprise.  Unfortunately, there were pirates on the beach and at least one lookout.  The ritual was cast during which a short rest was had.  Then the sneakers (the Rogue, Monk, and Halfling Fate Witch) snuck up to the lookout.  With some good stealth rolls, they got up to him.  The Monk managed to stun him, and they took him out.  They could see another lookout closer to the beach.  They could see another lookout closer to the beach.  The Fate Witch then cast a Minor Illusion so it looked like he was still there.  What followed was a series of skill rolls and spells and they managed to take out 4 lookouts in series without raising an alarm.  The other 4 players were left out of the action and got down to the beach when the coast was clear.

So, we made it to the ship.  After some debate about splitting up and taking both ends of the ship at the same time, we decided to all attack the captain’s quarters below decks from the windows.  The Paladin, carrying the Wizard on his back and the Monk climbed up.  The Monk was fortunate is that his window was unlatched but the Paladin was not so lucky.  The two climbers got in and found 2 named officers one of which was a Bard, 1 deck wizard (the same one that fled our fight?) and one generic pirate waiting for them.  Everyone else got in the next round except the Fate Witch who missed her climbing roll.  Combat ensued.  Our Wizard cast his last Slow and lucky all four of them missed their saves.  That had a lasting impact.  Their wizard ran to the door and raised the alarm but at least that was the only way in.  The Monk maneuvered through the traffic to try to block the doorway.  Unfortunately, there was an assassin hiding in a small room near the door.  He attacked with advantage, did an automatic crit, and took over half of the Monk’s hit points in one blow.  The Monk then rolled a 1 on his poison save and that 7d6 poison additional damage took the rest of his hit points.

But he wasn’t out for long.  The Sorlock hit him with a Healing Word and the Rogue drug him away from the assassin.  (We never saw that assassin again.  We assume he’s still in that room.)  Combat was combative.  The Sorlock could hit but rolled terrible for damage.  The Paladins did their things.  The villains were limited by the Slow and by round 2-3, after missed their saves, started targeting our Wizard.  He managed to use his arcane deflection twice and made one concentration save to keep it up.  Other general pirates starting coming in as well but the first 4 started dropping.  We stopped there.  We do not know what awaits us outside this room but there sure does seem to be a lot of guys on this small ship.