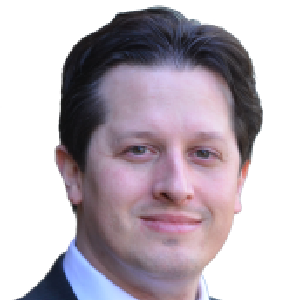 Daniel grew up reading fantasy, science fiction and playing various RPGs. He has enjoyed sharing his worlds as a GM (Game Master) and thought he would share some additional stories he thought up.

Born in Canada in 1969, he moved to Chicago when he was about four years old and then a few years later moved again to New Jersey where he finished his school years. He is married and has two daughters. He presently makes his living as an engineer in California.

posted in group Drunken Monkey Book Club
Jon had issues getting Perilous Waif in the mail. So next month we'll do Jhereg by Steven Brust and after THAT we'll do Perilous Waif.
See More

posted in group Drunken Monkey Book Club
The consensus was that Leviathan Wakes was mediocre. I'll have a review up in a few days describing why I think this is the case.

Canceled due to Jon not realizing we were reading it for this discussion period.  All his fault.

posted in group Drunken Monkey Book Club
And the August winner is:

Leviathan Wakes
by James S.A. Corey
en.wikipedia.org/wiki/Leviathan_Wakes
Leviathan Wakes is James S. A. Corey's first novel in the epic New York Times best-selling series The Expanse, a modern masterwork of science fiction in which humanity has colonized the solar system.
Two hundred years after migrating into space, mankind is in turmoil. When a reluctant ship's captain and washed-up detective find themselves involved in the case of a missing girl, what they discover brings our solar system to the brink of civil war and exposes the greatest conspiracy in human history.
See More

posted in group Drunken Monkey Book Club
Okay, I had lots of time to look over books while waiting for my turn during the shootout. (see forum for links)

The World Walker (The World Walker Series Book 1)
Just outside Los Angeles, a prisoner hidden away for 70 years sits up, gets off the bed and disappears through a solid wall.
In Australia, a magician impresses audiences by producing real elephants. Nobody realizes it's not an illusion.
Across the world, individuals and ancient organizations with supernatural power suddenly detect the presence of something even they can't understand.
At the center of it all, Seb Varden, a 32-year old musician with a secret in his past, slits his wrists, is shot dead and run over on the freeway. He's had better days.

Seb is about to discover the universe is a far more complicated place than he'd ever imagined.
Sebastian has a brain tumor so decides to commit suicide, rather than spend his final weeks in agony. He sits down at the base of a tree and cuts his wrists open. Before he completely bleeds out, an alien appears before him and saves him. Then soldiers arrive, looking for the alien and not finding him, shoot Sebastian in the chest... several times. He's dead. For a few seconds at least, then he gets up and runs away faster than any human has a right to run.

Perilous Waif (Alice Long Book 1)
Alice Long is an orphan. She's been raised on a world where the native inhabitants are fiercely vegan and rabid environmentalists. She's been fed a vegan diet all her life that's done nothing but keep her malnourished since infancy. Alice is different, you see. Along with others in her universe, in the 25th century, she has internal upgrades. Alice's upgrades are far different from those around her. As she grows, more of her upgrades become more apparent. As her body receives more nutrients, she becomes more than human. Alice becomes... something else entirely.

I already read this one but I recommend it:
Hounded (with two bonus short stories): The Iron Druid Chronicles, Book One
Atticus O’Sullivan, last of the Druids, lives peacefully in Arizona, running an occult bookshop and shape-shifting in his spare time to hunt with his Irish wolfhound. His neighbors and customers think that this handsome, tattooed Irish dude is about twenty-one years old—when in actuality, he’s twenty-one centuries old. Not to mention: He draws his power from the earth, possesses a sharp wit, and wields an even sharper magical sword known as Fragarach, the Answerer.

Unfortunately, a very angry Celtic god wants that sword, and he’s hounded Atticus for centuries. Now the determined deity has tracked him down, and Atticus will need all his power—plus the help of a seductive goddess of death, his vampire and werewolf team of attorneys, a bartender possessed by a Hindu witch, and some good old-fashioned luck of the Irish—to kick some Celtic arse and deliver himself from evil.
See More

posted in group Drunken Monkey Book Club
Going to help out here by adding links and summaries to the list (see forum for links):

The City We Became (The Great Cities Trilogy #1)
In Manhattan, a young grad student gets off the train and realizes he doesn't remember who he is, where he's from, or even his own name. But he can sense the beating heart of the city, see its history, and feel its power.

In the Bronx, a Lenape gallery director discovers strange graffiti scattered throughout the city, so beautiful and powerful it's as if the paint is literally calling to her.

In Brooklyn, a politician and mother finds she can hear the songs of her city, pulsing to the beat of her Louboutin heels.

And they're not the only ones.

The Ninth Necromancer needs a swordswoman.

Gideon has a sword, some dirty magazines, and no more time for undead nonsense.

Tamsyn Muir’s Gideon the Ninth unveils a solar system of swordplay, cut-throat politics, and lesbian necromancers. Her characters leap off the page, as skillfully animated as arcane revenants. The result is a heart-pounding epic science fantasy.

Brought up by unfriendly, ossifying nuns, ancient retainers, and countless skeletons, Gideon is ready to abandon a life of servitude and an afterlife as a reanimated corpse. She packs up her sword, her shoes, and her dirty magazines, and prepares to launch her daring escape. But her childhood nemesis won’t set her free without a service.

Harrowhark Nonagesimus, Reverend Daughter of the Ninth House and bone witch extraordinaire, has been summoned into action. The Emperor has invited the heirs to each of his loyal Houses to a deadly trial of wits and skill. If Harrowhark succeeds she will be become an immortal, all-powerful servant of the Resurrection, but no necromancer can ascend without their cavalier. Without Gideon’s sword, Harrow will fail, and the Ninth House will die.

Of course, some things are better left dead.

The Unspoken Name by A.K. Larkwood
What if you knew how and when you will die?

Csorwe does―she will climb the mountain, enter the Shrine of the Unspoken, and gain the most honored title: sacrifice.

But on the day of her foretold death, a powerful mage offers her a new fate. Leave with him, and live. Turn away from her destiny and her god to become a thief, a spy, an assassin―the wizard's loyal sword. Topple an empire, and help him reclaim his seat of power.

But Csorwe will soon learn―gods remember, and if you live long enough, all debts come due.

Wool (Omnibus)
by Hugh Howey
en.wikipedia.org/wiki/Silo_(series)
The first book in the acclaimed, New York Times best-selling trilogy, Wool is the story of mankind clawing for survival. The world outside has grown toxic, the view of it limited, talk of it forbidden. The remnants of humanity live underground in a single silo. But there are always those who hope, who dream. These are the dangerous people, the residents who infect others with their optimism. Their punishment is simple. They are given the very thing they want: They are allowed to go outside.

After the previous sheriff leaves the silo in a terrifying ritual, Juliette, a mechanic from the down deep, is suddenly and inexplicably promoted to the head of law enforcement. With newfound power and with little regard for the customs she is supposed to abide, Juliette uncovers hints of a sinister conspiracy. Tugging this thread may uncover the truth ... or it could kill every last human alive.

Leviathan Wakes
by James S.A. Corey
en.wikipedia.org/wiki/Leviathan_Wakes
Leviathan Wakes is James S. A. Corey's first novel in the epic New York Times best-selling series The Expanse, a modern masterwork of science fiction in which humanity has colonized the solar system.
Two hundred years after migrating into space, mankind is in turmoil. When a reluctant ship's captain and washed-up detective find themselves involved in the case of a missing girl, what they discover brings our solar system to the brink of civil war and exposes the greatest conspiracy in human history.

I'll try to add a few of my own over the weekend. I wish I could get polls to work. Supposedly its part of the forum package but I have failed in getting it to function.
See More
More
This profile has been viewed by 3 users and 570 guests.
BEBE 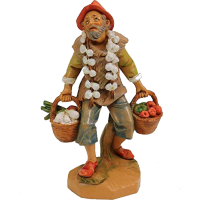 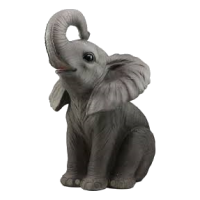 This users guestbook currently has no signatures.
Test Item for Profile Blog
Jan 29, 2020

Test item for profile blog.  Totally different from the other blog loacated in the tab above.