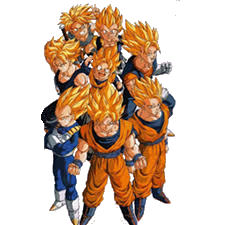 Racial Characteristics: Saiyans are potentially the greatest warriors in existence. Few of this race ever meet their potential. They thrive on combat and strife and have the amazing ability that if they are injured near death but survive they experience a measurable increase in power. The main reason that incredibly powerful Saiyans don't overrun the Megaverse is the anti-social attitude. Except for the insane, brain damaged, or half-breeds they just don't care if their fellow Saiyans live or die. They even prefer that their fellow Saiyans perish feeding their ego and (at least in their mind) bringing them one step closer to being the ultimate warrior. Although they will spar using non-lethal combat given the smallest provocation they will engage others in very lethal combat with little care of the consequences. Egotistical verging on the insane most simply cannot believe they will die, regardless of the evidence. With this attitude it can be seen that most Saiyans will eventually challenge someone who will kill them, ending their climb to power. Ironically the insane and half-breed Saiyan more easily gain the higher power levels. Though they share the joy of combat with normal Saiyans they are less likely to engage in lethal combat, thus continuing to increase in power where the pure bloods perish. There is theoretically no limit to the power a Saiyan can possess, it's even possible for normal (non-elite) Saiyans to reach what is known as Super-Saiyan level. The trick is to survive that long. A very difficult task when engaging in constant death matches. The one major drawback to this race is their need for combat. Without real trials and tribulations they become bored and their skills stagnate. The best they can do in this state is maintain their skills at their current level. There are relatively few Saiyan in the universe and no Super-Saiyans are known to exist. 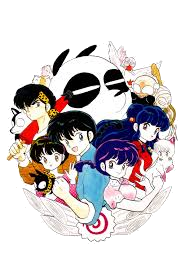 There exists in Nerima a group of martial artists. Although their specific styles are vastly dissimilar, they share one thing in common, they are ridiculously powerful. Normal martial artist are capable of amazing feats, however, the commonplace events and actions demonstrate how little they have in common with a Nerima martial artist. The main difference appears to be the use of Chi. Chi is the life energy generated by every living thing. By consciously tapping into this source and focusing it toward physical manifestation, amazing things are possible. For lack of a better analogy we will equate this energy to PPE, it is used for different effects than normal magic but can be treated in much the same manner in terms of focusing, recovery and tapping outside sources. Most Nerima martial artists focus their Chi in minor ways, by manifesting a visible Battle aura they are afforded limited protection from combat injuries, they appear very intimidating, and they can enhance various physical reactions. The less obvious results of this constant discipline are that normal training is more effective. Thus gymnastics that may afford minor advantages in combat now becomes an impressive aid to dodging and confusing an enemy, and bonuses usually gains through these skills are greater as the Chi flowing through one’s body shapes the body into a more efficient form. A practitioner of these arts can seem supernatural, his abilities overshadowing his mundane counterparts. The vast effort and concentration that goes into training can have unfortunate side effects. The martial artist develops quirks, phobias, and obsessions that make obvious the sacrifices they made for their art. The training methods can most kindly be said to be odd, many bordering on the insane. Most would be fatal to normal humans without a large degree of control over the bodies Chi. Still despite escaping physical harm, few escape the minor insanity induced by these training methods, the greatest masters of this art are often the most deranged.

There are specific techniques that lie outside even the realm of the “average” Nerima martial arts. These are incredibly powerful ways to focus the artist’s Chi to monstrous effects. Some like the “Chestnut Fist” and the “Breaking Point” are entire training regimes made to instill certain permanent physical characteristics as well as some other abilities that require Chi (PPE) to activate. Others like the “Dragon Ascension Defeat” and the “Roaring Tiger Bullet” are simply devastating attacks brought forth through mastery of Chi. The most dreaded (to the user as well as the enemy), are techniques like the Neko Ken or “Cat Fist” which mentally or physically transform the user into a nigh-unstoppable force, for a price. There is no limit (except ones own endurance and skill) to the number of techniques a martial artist can know, however, there are other problems to overcome. Each master is likely to only show his most powerful techniques to a very few special students. To find a master is one thing, to convince him to teach is quite another. Sometimes all it takes is winning a challenge against all competing students. Other times a student may be required to prove himself on a dangerous quest, a promise of loyalty, or even trickery. Some techniques almost seem to be the opposite of one another, and are very difficult or impossible to simultaneously master. Such are the “Chestnut Fist” and the “Breaking Point”.

Nerima martial artists, whether they love or hate each other, tend to be drawn to each other’s presence. They are the only ones who understand the lifestyle they life, and the frequent conflicts that seem to result by their mere presence. When two artists are in each others presence it is almost guaranteed that a battle(usually inflicting massive property damage) will ensue. Despite the heated emotions usually displayed there are usually few fatalities or even serious injuries. To be a martial artist is to constantly test their battle skills with others of similar skill. Without a worthy opponent, you might as well spend your entire life practicing katas in a closet. Most, except for the extremely unbalanced will not kill without extreme provocation. They have very extensive knowledge of anatomy and know exactly how much damage a body can take and still survive. After all an opponent you beat today may come back to fight you tomorrow with an extremely nice technique to show you. The learning of it might be agonizing but isn’t hardship and pain the best teacher? The average Nerima martial artist has a code of honor making them principled or abherant, one almost universal tenant is that a martial artist will not attack or allow to come to harm a non-martial artist or creature/being of power. Despite their power, these people live, work, and play among normal humans, property damage is acceptable, casualties are not. By the same token, there is usually very little crime in an area inhabited by Nerima martial artists, after all even though only the most violent martial artist would kill an offender, to a martial artist extreme pain is merely an excellent learning tool.

This class is meant to be used by humans. Humans developed it over thousands of years to make optimum use of the human physical form and spirit. With these skills and abilities most Nerima martial artists can easily expect to defeat minor demons. The masters of these martial arts can usually challenge Greater Demons on an equal footing. Gods, Ancient Dragons, Splugorth, etc. really aren’t worried about these disciplines, advanced though they are, the techniques are still only wielded by relatively weak mortals. Of course, a GM can make his own decisions, however, keep in mind that as it is the class can give a Cosmo Knight a run for his money. If another non-human type is allowed the class with no further limitations a very cautious eye should be kept on the player. I encourage the GM to devise their own advanced Chi techniques with only a warning that not all techniques are balanced for all campaigns, again beware. Keep in mind these techniques are hard to get training in. Finding a willing master is like pulling teeth. It is possible, even encouraged for a player to devise his own Chi techniques as long as the GM is careful, see above warnings. Also if a character devises his own technique make sure it's appropriate for his level. Most of the powerful techniques were developed by ancient masters (15th level or higher). It’s one thing to learn a technique, it’s quite another to make your own up. 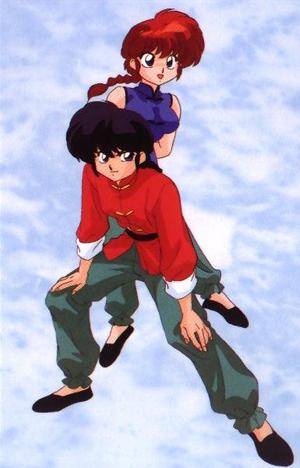