To the Pain! Featured 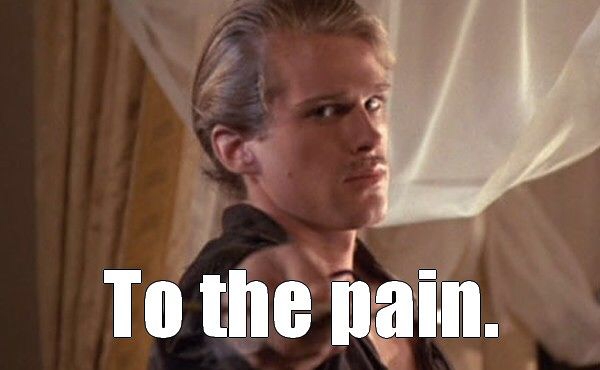 There's been an issue with the site for a while that forced it to use PHP 5.6.  If you know what that means... Congratulations!  Basically it is an old standard that hasn't been updated in ages.  Think Windows 7. Initially, I thought that my Synology NAS just couldn't change to PHP7.3.  Then I found out after chasing my tail for over a year that it actually had been (but I didn't think it had since there was no indicator but every time I changed it to the newer PHP version the site would go down.  It was very confusing and frustrating and confusing.

As I was fiddling around with the webserver settings I read an article on how someone had fixed a similar issue in Wordpress by uninstalling WP in Synology and then restoring a copy of the installation without going through Synology's installer. So I uninstalled it but when I tried to re-install it through Akeeda I found Akeeba had lost permission to create folders. Oops. Okay, I tried to reinstall Joomla. Somehow the Synology installer had lost permission to install it. ?!?!? Next, I used Hyperbackup to reinstall the original Joomla setup but now I lost connection to the database even when I was in PHP 5.6. I went into PHPmyadmin and although I could see everything I didn't have permissions to make changes. It also forced me to add special character to my password.

So I fiddled around with the install since I still have no idea its the database. I mess things up but no big deal. I have Akeeba, right? Its permissions got fixed when I restored the install with Hyperbackup. But... it warns me that the database may not accept my special character... the very same one that MariaDB forced on me. The restore fails. Can't connect to the database. Well, now it has to be a database issue so I go into PHPMyAdmin and I can't even log in. I reset the passwords from the front of Maria and it still doesn't work. I uninstall Mariadb 10 and PHPMyAdmin and reinstall them and the same thing happens. So I install MariaDB 5 and PHPMyAdmin. I can't log in as a user but I can login as the root. I change the configuration.PHP to the root user and suddenly everything works. In PHP 5.6 AND 7.3.

So mostly fixed. I am not happy about using the root identity but I can't log into the user no matter how many times I change the password. I suppose I may work up the courage to reinstall MariaDB 10 again but...ugh.

More in this category: « The DiskStation Shuffle Can You Hear Me Now... again »