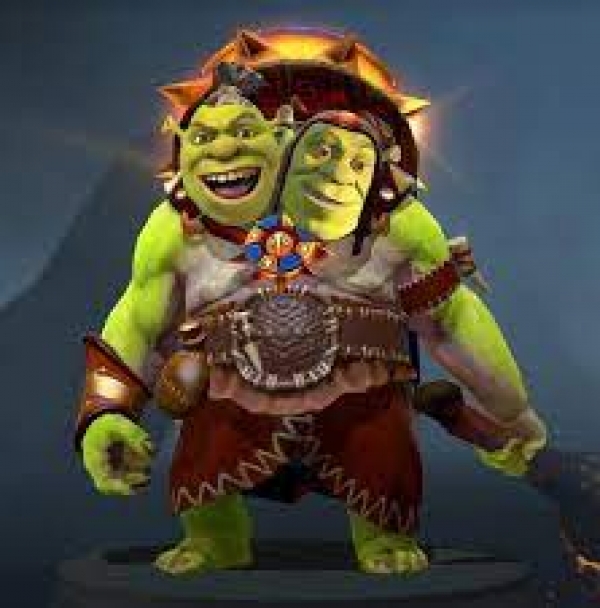 We took a step back to Castle Stormgiant.  First of all, Jon allowed us to “train in advance” so that we could level up “in the field”.  With the rapid advancement and everyone on different charts, we just could not work with the standard advancement rules.  Next, we were re-assigned our mission by the Gardener.  The city in the northwest corner of the map was having troubles.  He wanted us to look into it and help if we can however since they were not part of our kingdom, we had to do it clandestinely.  Or at least unofficially.  He had booked us passage on a boat going down river and given us a name of a former operative of his that now lived there.  We asked some questions.  There is active trade between the two cities, mostly fish and coastal products in exchange for farm goods such as grains, fruits, etc.  When we realized the river was called the Alerun, we decided to pose as beer merchants.  In order to avoid having to carry a barge worth of beer, we’d be advance salesmen, looking to establish a market for a new brand.  The Gardener gave us a couple of pony kegs and any reasonable equipment we needed.  With that, we set out.

The road to the river was well traveled so we had no problems there.  We had a wait a bit for the boat.  The Waterlog.  An actual merchant and his guards showed up with passage on the same.  He traded in fine furs.  The captain had a couple of mates.  We took off.  There was some card playing but it turned out our Monk was just as skilled as their top man.  There were some conversations but nothing too important.  The weather was poor with off and on rain.  The captain was cautious, especially for attacks from shore.  We anchored each night in the river.  A couple days out, we saw smoke from the shore.  We could see something very large (8-10 feet tall) on fire and running through the forest.  (Trent) And other big things (Ogres), chasing it with oil and torches to keep it from the river.  The captain and the merchant wanted to avoid getting involved but most of the players voted for taking action.  Unfortunately, there was too much cover for bow fire so we’d have to disembark to get involved more directly.  The captain agreed to let us off and then get back to the center while we did what we could.  So, we charged into the forest.

There it was relatively straight forward except that we still struggled to remember/figure out the AD&D rules.  Basic stuff like is it half move and attack or full move and attack? So, all those “discussions” really bogged down the action.  First it was two Ogres which we engaged as we could.  It was rough going for our Rogue and heroic Paladin as they couldn’t seem to hit.  When 2 more showed up, the Druid hit them with an Entangle (after 30 minutes of arguing on how the spell could be targeted).  They both failed to save and were stuck for rounds.  The other two were finished off as the Trent made it to the river.  The Entangled two were finished off with bow fire although gunning down a helpless, all be it evil, opponent did not sit well with the Paladin and the Monk.  They went back to the river to check on the Trent and were hit with a Sleep spell from a flying invisible Ogre (Magi).  Both were affected but the Paladin’s goodly aura fought his off.  However, it promptly went invisible again.  The Trent was anguishing about his family.  When asked, he said his glade was just past the next clearing.

So, we charged off into the forest again.  There were another 4 Ogres plus a spell casting one.  That one attempted a charm on our eventually Bard but it’s hard to charm a half elf.  He didn’t last long, drawing a lot of the fire as spell casters often do.  The flying one showed up as well but they were all defeated.  The last one ran into the forest.  The Trent family was all dead.  Chopped to pieces.  He was understandably distraught but when asked for a reason for the attack, he had none.  The Cleric did notice that the Ogres had a black dragon tattoo which will probably mean something later.  The Ogres had some gold and the leader had some potions and a ring.  The Paladin grabbed the ring and put it on.  That prompted a discussion about treasure distribution.  The Wizard asked if we were going to be a “everyone grab whatever they want” group.  All agreed, including the Paladin, that we were not.  He’ll do an Identify the next morning but the Paladin is wearing it for now.  The potions were labeled and Jon allowed the Wizard’s magically training as justification for looking up their functions in the DMG.  Invulnerability went to the Wizard, Heroism went to the Cleric, Super Heroism went to the eventual Bard.  Those all could only be used by Fighter types.  There was a Water Breathing with 4 uses which went to the boat anchor Paladin and the 2 potions of Treasure Finding that went to the Thief.  But those are more like party items.  I think that was it.  The Trent formed a wooden bowl from his limbs and presented it to the Druid to thank us for our efforts.  He said something cryptic like “drink from it in times of need”.  We made it back to the boat and healed up the next morning.  4k experience was awarded.  The eventual Bard, the Cleric and the Druid/Thief leveled up, I think.